Chairwoman Lee Bae-Yong of the Presidential Council on Nation Branding on November 15 gave a lecture for the KBS program “The Road to First Class.” 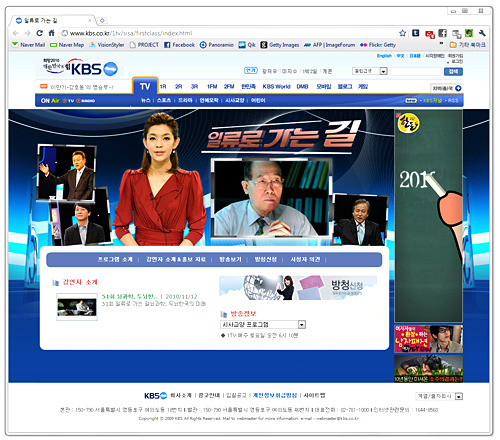 <Web site of the KBS program “The Road to First Class”>

The lecture was on the subject of Korea’s nation brand and the impact of the G20 Seoul Summit.

“Made in Korea” Impact

“Despite the increasing sales of Korean products globally nowadays,” Chairwoman Lee explained, “they still get about a 30% discount compared to similar products made by some other nations because of Korea’s undervalued nation brand.”

Giving examples of French perfume and wine which are products backed up by the country’s strong nation brand, Lee emphasized the importance of nation brand in generating economic profits.

“We need to work on increasing trust and preference for so-called “Made in Korea.” Also, it is getting more and more important nowadays to have strong “software” such as cultural content, human resources and spiritual values as well as hardware.”

Lee also touched upon Korea’s numerous timeless cultural heritages, saying, “I wish to share Korean values and spirits that are imbued in those historic and cultural legacies with the world. Korea’s astounding growth in the 20th century was made possible only because it was backed up by such virtues as harmony, sharing, communication, regards for life and nature.”

“To raise Korea’s nation brand, it is important to have active civic participation. The Council will make best efforts to achieve the goal with 5 major areas of work that we designated which include contributing to the international community, cultivating global citizenship, promoting multiculturalism, developing attractive culture and tourism, and showcasing advanced technology.” 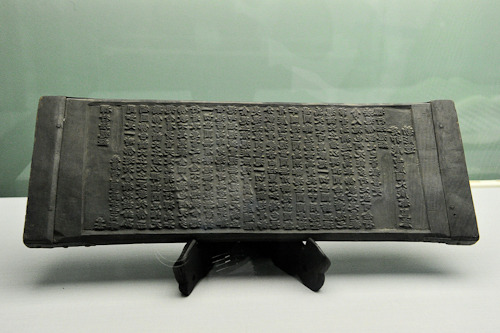 “Korea, as seen in its age-long history and countless cultural relics, has admirable spirits – perseverance, cooperative and pacifist inclination, modesty, warmhearted regards for others. It is important that we remember these timeless virtues of ours,” Lee stressed.

* Chairwoman Lee Bae Yong’s lecture on the program “The Road to First Class” (aired on November 20) can be viewed at the following web page: