Secret Garden, a Korean TV drama that won favorable attention from the audience for the actors’ excellent performance and its famous lines, has just come to end. As the TV drama of the moment generating a lot of talks, not only its storyline but also the fashion, props and even NG takes became a great interest among the fans.

In particular, the location sites of the TV drama where the main characters’ scenes have been taken were what aroused the audiences’ curiosity the most. Let us have a closer look to the places Secret Garden invited their fans; the workshop location where Joo Won (Male leading charater) and Lime (female leading character) looked through the eyes of love of each other, Jeju hotel site where the two souls were switched and Petite France where the couple has first met. 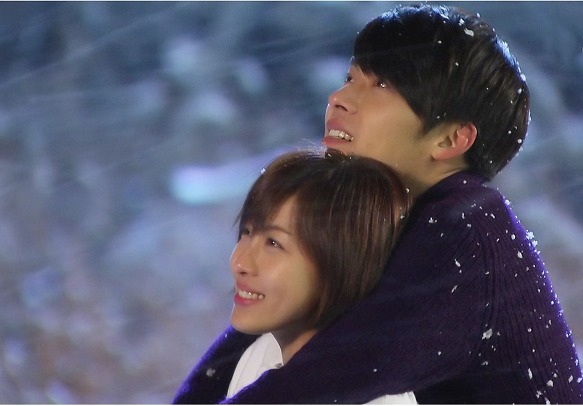 Do you remember the place where Joo Won first meets Lime, mistaking her as Park Chae Rin who Oscar asked to find for him? The romantic and fairytale village that often appears on TV or movie screen is from Petite France, a French village located in Gapyeong-gun Cheongpyeong-myeon, Korea.

The place combined with Goseong Youth Training Center, has sixteen French-style architectures and provides various activities to experience French culture during the stay. The site has a gift shop themed on Little Prince, a representative novel of a renowned French writer Antoine Marie Roger de Saint-Exupéry and a gallery where an exhibition on the theme cock – the symbol of France is on show. Every month they have various events offered, so it would be worth to check out the website at www.pfcamp.com for more information before your visit. 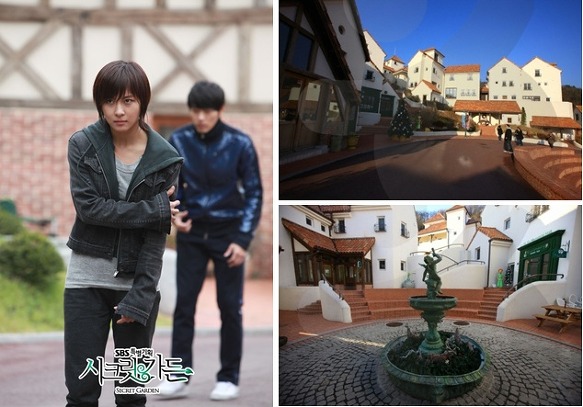 The Seaes hotel in Jeju, the two souls switch their bodies

At the beautiful blue seashore, Joo Won and Lime confronts their destiny that inevitably ties their relationship; their souls switch bodies of each other. This happened right at the Seaes hotel in Jeju, a place of traditional and sophisticated aesthetic where Joo Won frequently visited for his stay. Later the switched souls returned back to their bodies with a kiss, and the bench on which they sat on at that moment as well can be found at this hotel site. The hotel located by Jungmun seashore, Seogwipo-si is a special resort hotel which embraces the beautiful scenery and taste of traditions of Jeju.

The Seaes hotel is unique for keeping the regional features of the traditional housing culture of Jeju i.e. Doldam (traditional gates built with stones) and traditional straw-roofed houses. The guest rooms have private terraces where sunrises and sunsets can be seen and facilities such as open gardens and outdoor pools are offered for the guests. Even Traditional Han Room, a private villa house is offered as a guest house for those who want more privacy during the stay while two types, Ko-dang and Cho-dang is available.

In addition, eight Jeju Olle courses that pass by the hotel is another benefit. This well shows how much the hotel harmonizes with the natural environment. For the excellent scenery, besides Secret Garden, it has a number of TV dramas that took location at the site; Boys Before Flowers, The Snow Queen, and Sorry I Love You. It surely is one of top attractions of Jeju.

Visit the Shelter of nature 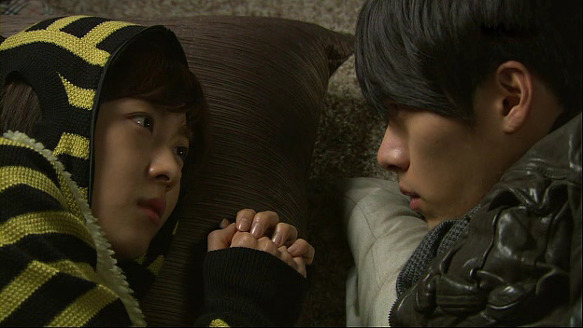 Lime and her action training academy, for a workshop, visit the villa the top 1% rich man, Kim Joo Won owns. During the stay, Joo Won stares at Lime with love while she is sleeping; this moment was appreciated as one of the best scenes that excited many fans of the couple.

The scene where the two had a walk with beautiful fallen leaves the following day and the starry nights they spend together was shot at the newly opened Resom Forest at Jecheon city, Chung-buk. As Joo Won has explained to the investors inside the TV drama, the resort aims a resort of nature itself. The site shall cure the exhausted minds and bodies of the tired city people being full of dozens of trees and wild flowers, including a 150 year-old pine tree. 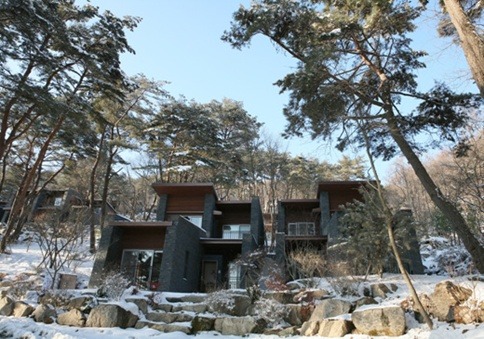 Resom Forest has a number of beautifully named paths; Sosori Baram-gil, Poreureu Solrae-gil, Gajaegineun Goljjack-gil, and Sanbaragi Neungseon-gil and so on. Especially the path the two main characters had a walk together is now entitled as ‘Secret Road,’ sending best wishes to all loving couples who walk the path together. There are also health programs through a walk in the forest such as ‘walking meditation’ and ‘walking the Resom Dule-gil path’ inviting everyone, men and women of all ages to the forest. 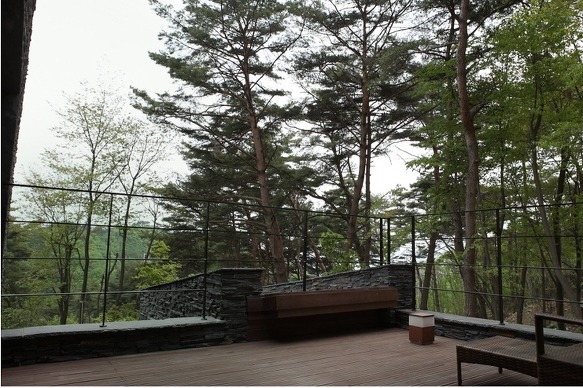 Secret Garden made the romantic comedy TV genre, after a six-year period, to win back the top TV audience rating, but would not the real location sites be even more romantic than the TV drama? The healthy, beautiful places with interesting narratives located in every corners of Korea are in fact the secret locations for us. Secret Garden, the TV drama is over but why not visit one of the celebrated sites and enjoy or own secret gardens instead?