Onggi, a traditional Korean pottery has a significant role as a container preserving food in Korean food culture. In fact, among this time is when we remind of the rows of kimchi and doenjang (soybean paste) jars that used to be stored in the house yard. Nowadays as plastic and stainless containers became popular and the housing environment has changed Onggi lost its popularity in daily life of Koreans. However, recently the cultural value and identity of Onggi has been acknowledged. Books written in English to promote a global use of Onggi have been published followed by attempts of contemporary interpretation on the traditional pot. Let’s take a closer look. 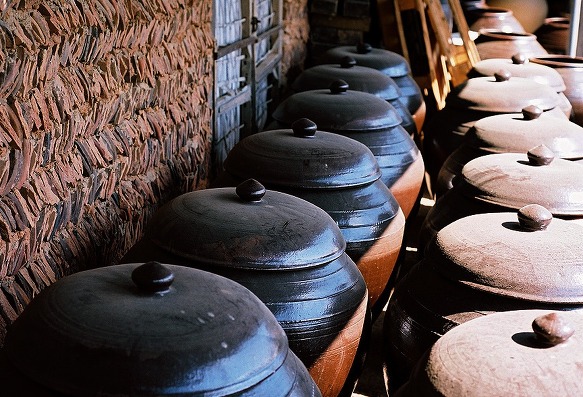 Onggi, in Korean means earthenware or pottery with a dark brown glaze, which is a native Korean pottery of daily life. Often used as a kimchi jar, for its cheap price and long-durability has been generally used by Koreans. Onggi Folk Museum in Ssangmun dong, Seoul, possesses a variety of Onggi; the big ones mostly used for preserving soy sauce, doenjang, kimchi and water and others used in a more wide range of use e.g. chimneys, candle bottles, lamp-oil containers, Gi-wa(roof tile) and tea pots. 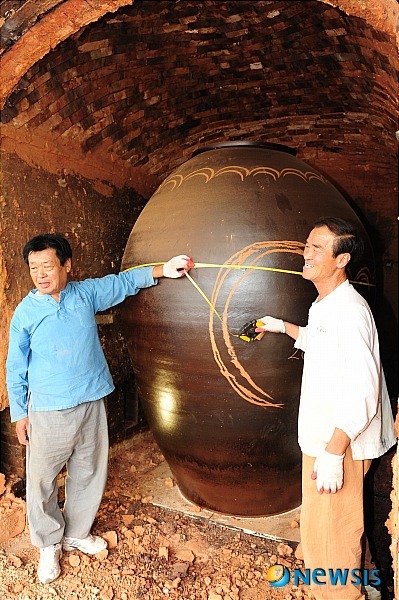 The common use of Onggi can be explained with the characteristics of the Korean food culture. Onggi perfectly suits to preserve fermented food. Made from coarse sand-mud, its breathing holes allows air to enter but block water out that helps the preservation of the food for a longer duration. It also removes toxic substance of foods and reduces the smell. By enabling effective flow of air that helps the fermentation and preservation of the food, Onggi is perfect to store doenjang, soy sauce, kimchi and Jeotgal (salted seafood) keeping it fresh until the following year.

Especially, Onggi is a ‘pot from nature,’ that when cracked or broken to be thrown away it is simply back to earth as soil. The pot is made of soil, water, fire and wind that are harmless to our body. It is eco-friendly but also has traditional Korean scientific logics embedded, no surprise it was selected as one of ‘100 Cultural Symbols of Korea.’ Last year ‘Onggi Expo Ulsan Korea, 2010’ was hosted by Ulsan Oe-gosan Onggi village, the biggest Onggi trading center of Korea. 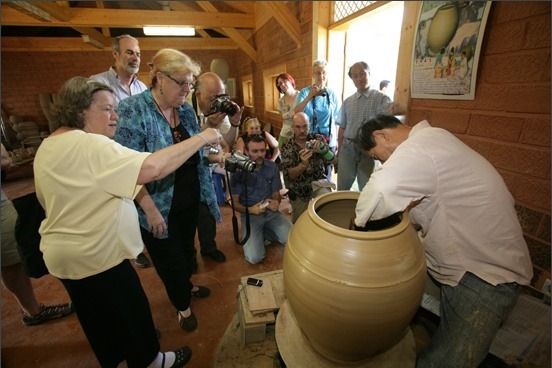 ‘Onggi Expo Ulsan Korea, 2010’ under its theme ‘Onggi the Mirror of the Future’ introduced Onggi featuring the meanings found in its materials and decoration technology and also offering events to experience the difference between Onggi and other potteries from the world. It was the first international expo on traditional Onggi and especially its event for visitors to make their own Onggi was a great success.

The National Research Institute of Cultural Heritage (NRICH), Cultural Heritage Administration of Korea published a book entitled as ‘Onggi’ written in English to introduce the Onggi culture to the world. In order to help the orientation of foreigners lots of visual images are included for explaining the production process of Onggi. The process is introduced by three themes – earth, fire and spirit, which are the essential elements for making the pot throughout the history. Among the three, spirit is the most critical that contains the heart of the artisan who made the pot. 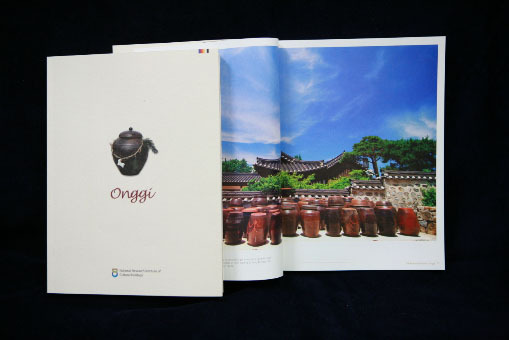 This book will be distributed overseas through Korean Culture and Information Services and other related organizations. Also the PDF version will be available at the (NRICH) homepage (www.nrich.go.kr). In addition, NRICH based on their research on intangible cultural heritage of Korea, will continue to publish other English books for foreigners.

Due to the change of housing environments and industrial progress, there are less people who use Onggi in daily life, especially with the invention of kimchi refrigerator in Korea. A significant effort to establish the identity of Onggi culture inheriting its excellence as a traditional container for fermented food, and its historic and cultural value as deriving from the early pottery of human history, should be continued. To develop Onggi suitable for practical use in contemporary life or application to interior design can be one idea. Through a long-term and specific plan, a spread of traditional Onggi culture of Korea across the world is hopefully to be expected.